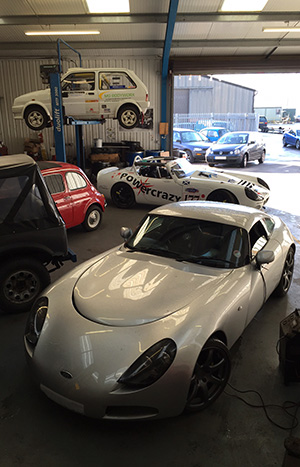 Owner Steve Edmond began by successfully competing in many rallies and hill climbs in a mini, soon becoming involved in tuning other people’s cars and his hobby soon turned into a business.

The cars he and his team have built or adapted have won many trophies over the years, including:

It’s this first hand experience that keeps us ahead of the game and able to understand the requirements of our clients competition needs.

The first competing car tuned on the new rolling road smashed the 1400cc hill climb record at Longleat by three and a half seconds and that was in the rain!

Although the team specialise in competition work and tuning, we also service and repair all makes and models very cost effectively as well as carrying out other interesting projects such as kit car builds or finishing projects.